An increase in behavioral health providers is associated with a slight decrease in gun-related suicides, but the difference is small and points to a need to tackle gun violence in other ways, according to the authors of a new study.

Researchers from The Ohio State University compared national suicide data with national behavioral health employment data to determine what – if any – relationship existed between the two.

They found that a 10 percent increase in behavioral health workforce jobs in a state was associated with an estimated 1.2 percent decrease in the rate of firearm suicides. A 40 percent increase in mental health care providers and substance misuse specialists would quadruple the firearm suicide rate decrease – to 4.8 percent, they concluded. Extrapolating on their findings, the researchers concluded that even eliminating all federally designated mental health workforce shortage areas in the country would reduce gun-related suicide rates by less than 5 percent.

“While there are countless good reasons to improve mental health and substance misuse services in America, our data suggests that big investments won’t lead to much improvement in saving lives lost to firearm suicide. In Ohio, for instance, we would estimate that more than $15 million in workforce dollars would have to be spent to prevent one suicide,” said study author Thomas Wickizer, a professor of health services management and policy at Ohio State who also holds an appointment at the University of Washington.

“While mental health services are critical and in short supply in many parts of our nation, this research illuminates the need for additional measures to curb gun-related deaths in America.”

The study appears in the October 2019 issue of Health Affairs, a theme issue that focuses on violence. 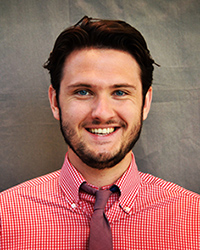 Guns exact a heavy toll on the American public every day. On the average day, around 100 people die from a gun death. Because of the rise in gun deaths in recent years, the nation now faces a serious man-made epidemic.

When people think of firearm death, they tend to focus on mass shootings such as the massacre at Sandy Hook Elementary School in Newtown, Connecticut; the shooting at Marjory Stoneman Douglas High School in Parkland, Florida; and the very recent mass shootings in El Paso, Texas. and Dayton, Ohio. Although mass shootings happen frequently, research suggests that they account for less than 0.2% of all homicides in the U.S.

There’s been a lot discussion recently about the role that mental illness plays in shooting deaths, especially firearm suicide. As health services researchers from The Ohio State University College of Public Health, we analyzed firearm suicide and the capacity of states to provide behavioral health care services: that is, mental health services and substance disorder services. We wanted to know if suicide deaths by guns were lower in states that offered more expansive behavioral health care.