Study finds small decreases in other suicides among young people

A new study comparing adolescent suicide rates with the availability of mental health services has found that more resources may contribute to fewer suicides, but don’t appear to have any role in reducing suicides involving firearms.

A 10% increase in a state’s mental health workforce capacity corresponded to a 1.35% reduction in non-firearm suicide rates among people 10 to 24 years old, according to the study, published online this month in the Journal of Adolescent Health. 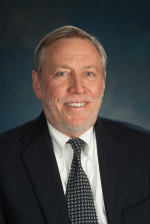 While the study does provide hope that strengthening the U.S. mental health system – one in which treatment can be hard to find, and waits can stretch for weeks or more – could offer modest improvements in lowering suicide rates, it didn’t offer any promise that more services would decrease suicides involving guns, Wickizer said.

“Firearm suicide is much more lethal and it tends to be, as far as we know, a more impulsive kind of behavior,” he said. “If we want to do something about this worsening public health crisis, we need to focus on the regulation of guns as well.”

About half of the states, for instance, have laws that hold parents criminally liable if their child causes self-harm or harm to others with the parents’ gun.

The researchers conducted state-level comparisons using federal data from 2002 to 2017, a time during which youth and young adult suicides increased significantly in the U.S. Suicide is the cause of death for almost 50,000 Americans each year, and is the second leading cause of deaths among adolescents and young adults. Suicides among those 10 to 24 years old increased by more than 47% during the study time frame in the states included in the analysis.

The researchers also found a relationship between higher levels of education and lower suicide rates – a connection that has been found in other studies and one that supports policies investing in K-12 education, Wickizer said.

“Many states are not increasing, or are even reducing, K-12 funding, and investing in our children’s education is also important for promoting the overall well-being of adolescents,” he said.

College honored by Sorority and Fraternity Life for COVID efforts