Health outcomes are shaped by myriad intertwining factors that begin the moment a person is born.

To illustrate this concept, Dr. Sandro Galea uses the example of Blind Willie Johnson, a Black American blues singer prominent in the 1920s and 30s who died of malaria in 1945. Born in Texas, Johnson is purported to have become blinded in a domestic violence incident at age 7, explained Galea, the dean of Boston University School of Public Health, who virtually visited the College of Public Health on Nov. 15, 2021. 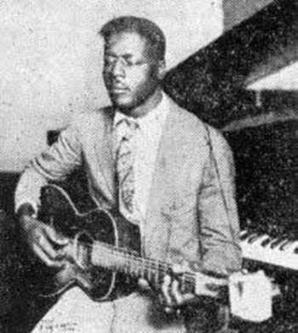 Johnson grew up poor and made a living playing his guitar on the street, eventually settling into a small home with his wife before a fire rendered them homeless. With no alternative shelter, the couple continued living in the burnt shell of the house, shortly after which Johnson contracted malarial fever. The hospital turned him away, likely due to his disability or the color of his skin.

“What killed Blind Willie Johnson?” posed Galea, author of The Contagion Next Time, during the Nov. 15 event. “I tell this story to illustrate that it wasn’t just malaria that killed Willie Johnson, it was also poverty, racism, domestic violence, homelessness, poor access to care.”

Many parallels can be drawn between the story of Blind Willie Johnson and the inequities the U.S. has experienced in COVID-19-related deaths, Galea said, such as the fact that Black, Indigenous and Latinx Americans were all significantly more likely to die from COVID-19 than white Americans. These populations also have disproportionate rates of diseases including diabetes and high blood pressure, are less likely to be employed in high-income jobs with paid sick leave or the option to work remotely, and are less likely to have access to affordable medical care.

“Our understanding of Blind Willie Johnson in this country is that his cause of death was malaria … when the other conditions that shaped his life were just as important and more important in what caused his death than the pathogen itself,” Galea said.

In addition to exploring the striking health inequities of the pandemic, Galea’s talk also considered what went right in the U.S. response to COVID-19 — such as clinical care and rapid, effective vaccine development. He speculated why America spends more on health care than other high-income countries yet experiences worse health outcomes, how public health can move toward meeting communities where they are and the role of science in spreading information and informing societal values.

“All of this is inseparable from the history of marginalization and disadvantage that particular groups have been subjected to in this country,” Galea said.