Victoria Zigmont ’15 lays out The ABCs of Public Health

Public health isn’t exactly as easy as ABC, but alumna Victoria Zigmont ’15 PhD is trying to explain it that way through her new children’s book The ABCs of Public Health.

Zigmont began working on the book, self-published earlier this year, when she noticed something missing in the kid’s section at libraries and bookstores.

“A lot of my friends were having babies, and I’d see books like ‘The ABCs of Engineering,’ or ‘The ABCs of Economics,’ but there were none about public health,” said Zigmont, who earned her PhD in epidemiology from Ohio State and is currently a faculty member at the University of Mississippi. “It seemed like an opportunity to make public health accessible to parents and children.”

The book begins simple — “A is for apple. An apple a day keeps the doctor away.” — before introducing more complex topics such as global health, infectious diseases and relative risk. Zigmont said one of her personal favorites is “E is for Epidemiology.”

“A lot of kids grow up thinking they want to be a doctor, which was my experience, but they don’t know about epidemiology,” she said. “The artist also made the epidemiologist look like a superhero with her shield, and I think that really speaks to the critical work epidemiologists have done throughout the pandemic.”

The artwork emphasizes women in STEM and diversity across ages and ethnicities, so that “whoever is reading can see themselves in the book,” Zigmont said.

Although she doesn’t have kids herself, Zigmont has always loved teaching and was a high school science teacher before pursuing advanced degrees in public health. She said she hopes The ABCs of Public Health will help make public health more approachable. 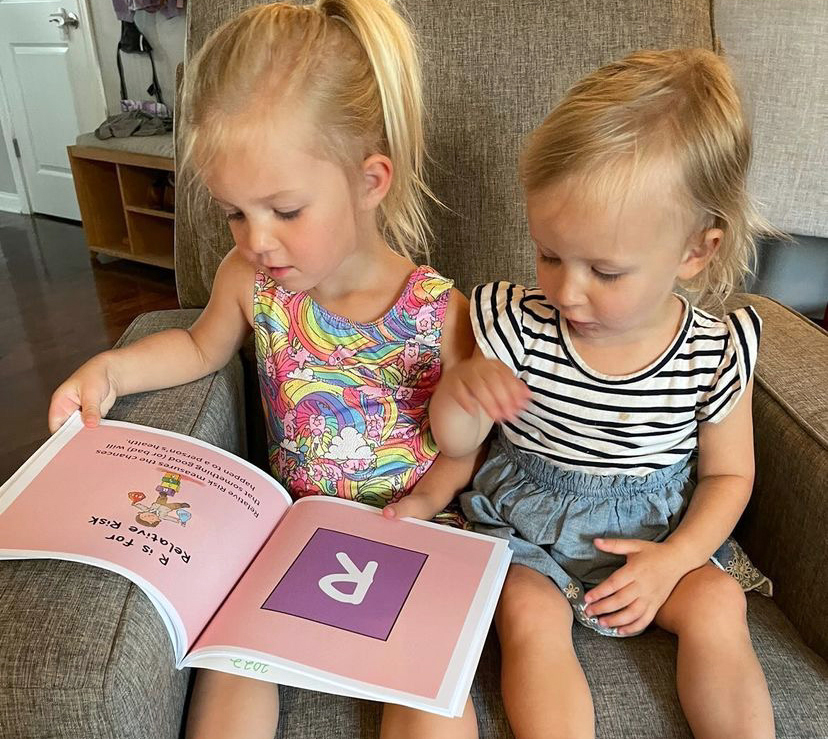 “I hope that young readers will think about the messages in the book about kindness, not taking things for granted and helping others. Those are really the core ideas of what public health is,” she said.

Alumna Kelci Coe ’14 MPH said the book has been effective for her two toddlers.

“I love how the ABCs are incorporated, because that is something that my oldest knows and is excited to recognize,” Coe said. “The book is simple enough for them to have fun with it, but offers many opportunities for questions and learning.”

With all the positive feedback from friends, family, students and peers, Zigmont decided her children’s book writing career isn’t over — she’s currently working on The ABCs of Epidemiology.

“I had a lot of wonderful professors at Ohio State, and their ability to make public health accessible to me really helped me understand the material inside and out, and that contributes to these books, and who I am as a professor and mentor.”

College announces 2022 Excellence in Teaching, Employee of the Year awards