The College of Public Health welcomed Benjamin for a conversation about the impact of rising violent extremism on Sept. 14. The event was the latest installment of Dean Amy Fairchild’s “Changing the Conversation: Public Health Thought Leader Series,” which brings thought leaders to the university to discuss the most significant issues impacting public health today.

About 175 people attended or tuned in to the event, cosponsored by the Moritz College of Law Divided Community Project. 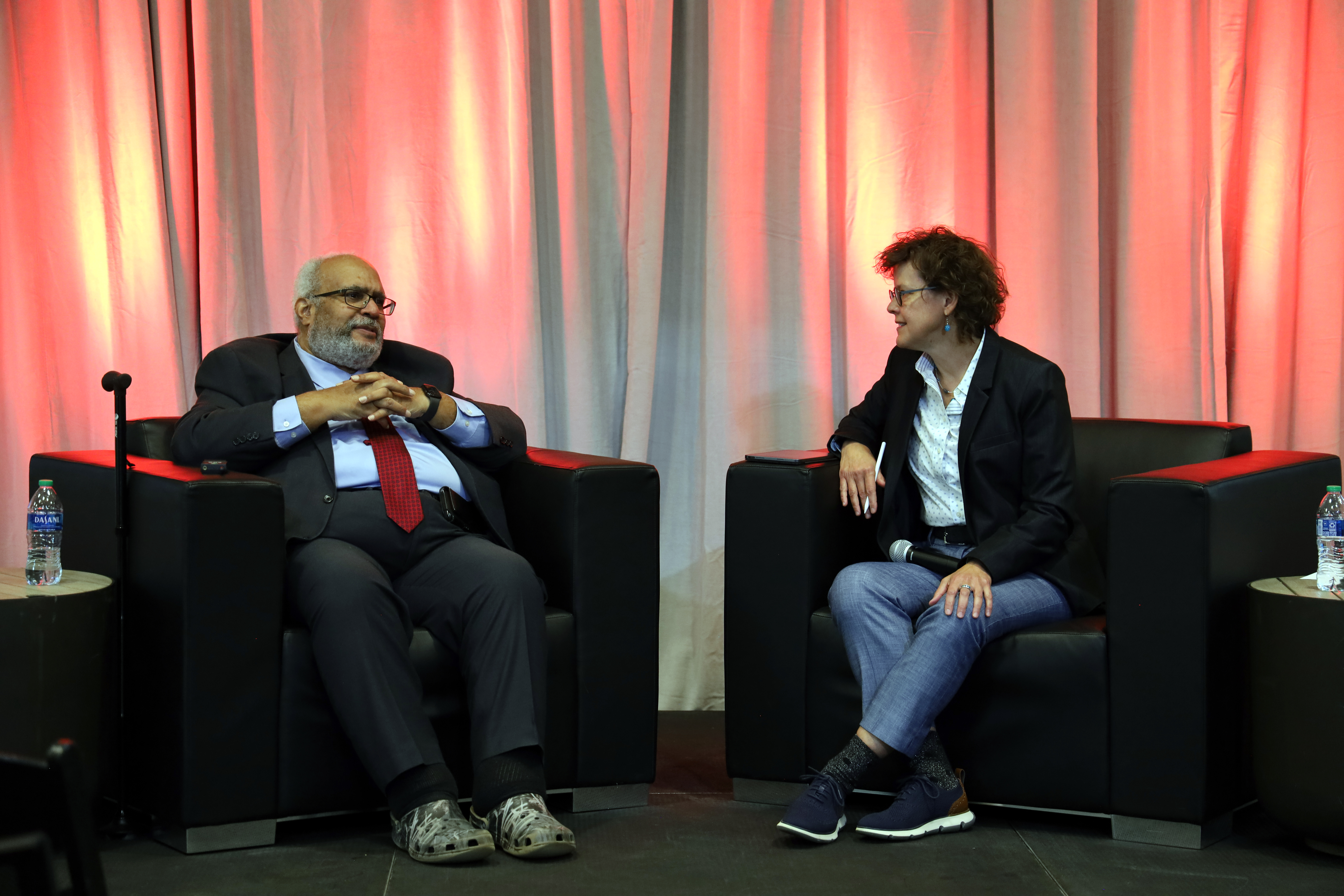 Benjamin spoke about his work in the field, and what more needs to be done to develop and implement strategies to address systemic challenges including racism, discrimination and social isolation.

Public health leaders should work within their communities to determine what they can add to existing efforts to combat violent extremism, efforts which are often led by law enforcement, he said. Through a framework focused on prevention and identifying societal risk factors, public health leaders can make steps toward addressing violent extremism’s root causes, Benjamin said.

Those who are passionate about creating change need to dedicate time to these issues, Benjamin said — whether that’s with the local school board, state legislature or at the national level.

“If we’re serious about changing things, we’re going to have to engage,” he said.

Fairchild called violent extremism a “pervasive threat to our health and to our well-being.” Whether it’s pressing discussions on gun control, reproductive rights, LGBTQ rights, climate change or voting rights, public health is a field that depends on democratic deliberation, she said, adding that the use of violence to affect societal change is a direct threat to community health.

“This is a theme that connects all of these issues that we face, and we need to see this as the backdrop to the work that we’re doing,” Fairchild said.

Benjamin’s presentation was followed by a Q & A session and workshops facilitated by faculty and staff from the college and throughout the university that focused on topics related to research, education and community engagement.

An infusion of public health ethics could have improved COVID policy

“I want to tell people about why public health is important”