“I don’t think anyone is more insightful and has been more successful [in facing these challenges] than Dr. Long.” — CPH Dean William Martin II

In addition to organizing the Columbus health department’s response to HIV/AIDS, Long was a leader in developing ways to lower infant mortality, decrease tobacco use, combat the opioid crisis and address many other public health concerns in the city of Columbus.

“The challenge with public health, of course, is we don’t always see [public health crises] coming,” said William Martin II, MD, dean of the College of Public Health, before presenting the award to Long. “But when that tsunami hits the shore, it’s too late, and then we’re trying to go upstream and figure out how we reduce the burden of epidemics. I don’t think anyone is more insightful and has been more successful [in facing these challenges] than Dr. Long.”

Long was instrumental in prohibiting tobacco use indoors throughout Columbus, and in November 2007, throughout the state of Ohio. She continued her fight against tobacco with the Tobacco 21 initiative, which successfully raised the purchasing age in Columbus for tobacco and other nicotine products from 18 to 21 years old.

Columbus’s alarming infant mortality rate has also been a priority for Long. She assembled the Greater Columbus Infant Mortality Task Force that in 2014 released a report and list of recommendations for reducing the infant mortality in Columbus by 40 percent. 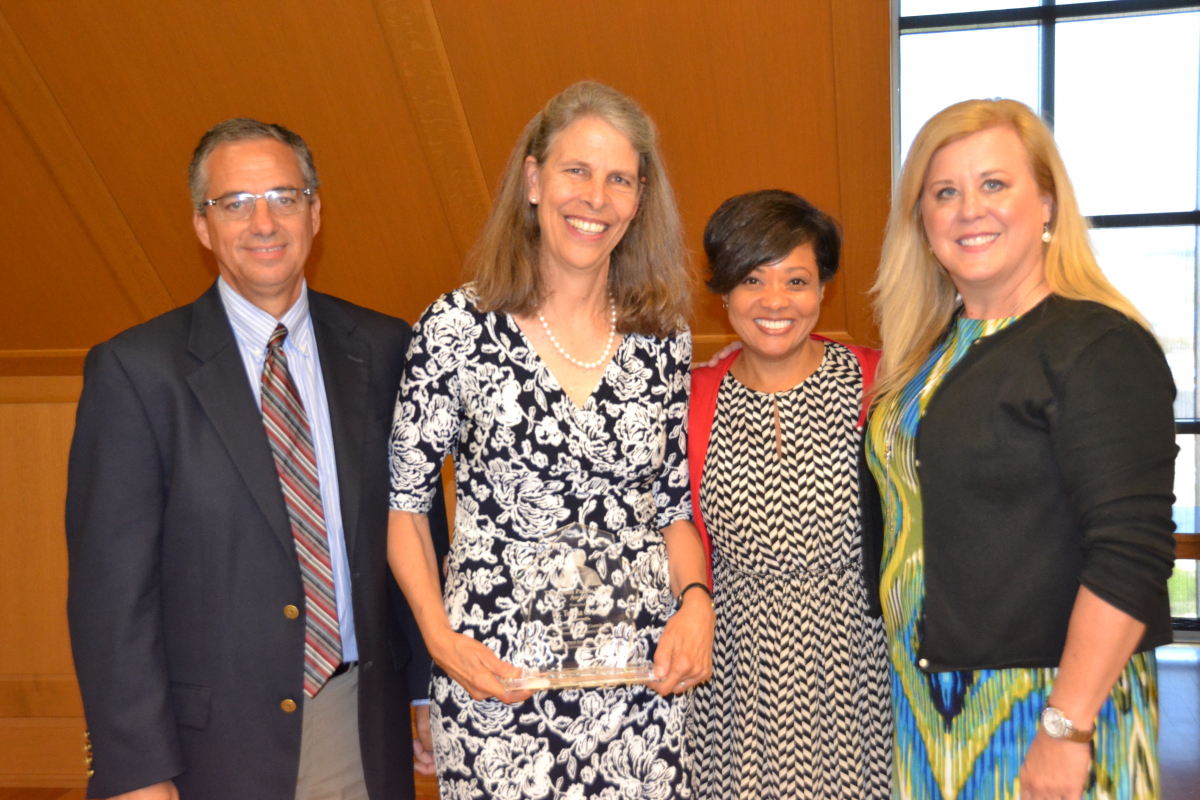 “The more we’re together, the more we’re learning from each other, sharing our experiences … [the more] we can do this,” Long said during her acceptance speech, during which she referenced Columbus community leaders – many of whom were in the room – who have helped her throughout her journey.

The Thompson Public Health Award is presented annually by the College of Public Health to an individual or organization in recognition of their contributions to advance the nation’s public health. It was established in 2014 in honor of Ohio State President William Oxley Thompson’s decision to ban tobacco use in Ohio State’s university buildings in 1900.