In a year characterized by two national public health crises – the coronavirus pandemic and racism – alums from the College of Public Health are being lauded for their efforts on both fronts. The Ohio State University Alumni Association has awarded Dr. Amy Acton and Duane Reynolds honors as part of its annual recognition of the contributions that Buckeyes make in the world.

When Alumni Association and College of Public Health leaders conspired to surprise Acton with the association’s top annual award in late May, she was directing the Ohio Department of Health and in the midst of pandemic management. A national uprising against systemic racism and police brutality was dominating the news.

She said she was humbled, honored and surprised. And she quickly deflected attention from herself.

“It’s not just me. It truly is all of us,” she said. “I feel this incredible opportunity for all of us to move our work forward — even in times of darkness,” said Acton, who earned her MPH from the college in 1996 and went on to be a faculty member prior to her appointment to the state’s top public health post.

Referring to demonstrations in Columbus and throughout the nation following the police killing of George Floyd, a Black Minneapolis man who allegedly passed a counterfeit $20 bill, Acton said, “It’s waking us all up. It’s an opportunity to call us to a higher vision of what we want for ourselves and our children, so that all people can rise.”

Acton, who has since left her leadership position at the Ohio Department of Health and now serves as chief health advisor to the Ohio Governor’s Office, was nominated for the Alumni Medalist Award by fellow alum Jeff Jordan, a 1995 graduate of the Fisher College of Business.

“Dr. Acton’s story is pure Buckeye starting with her difficult childhood in Youngstown.  While many have similar stories, Dr. Acton didn’t allow those early moments to deter her from her from becoming a well-respected physician and university professor,” wrote Jordan, who works at the Ohio Department of Aging.

“It will be tough to know for certain how many lives were saved by Dr. Acton’s quick actions and for serving as an expert for our state and nation in this difficult time,” he wrote, going on to commend “her ability to marshal the right resources at the right time to the benefit of all humanity.”

Craig Friedman, a member of the Alumni Association’s board of directors, told Acton of the award and described it as “the highest honor that the Alumni Association bestows…awarded to alumni who have gained national or international distinction as outstanding representatives of their chosen fields or professions, bringing extraordinary credit to the university and significant benefit to humankind.” 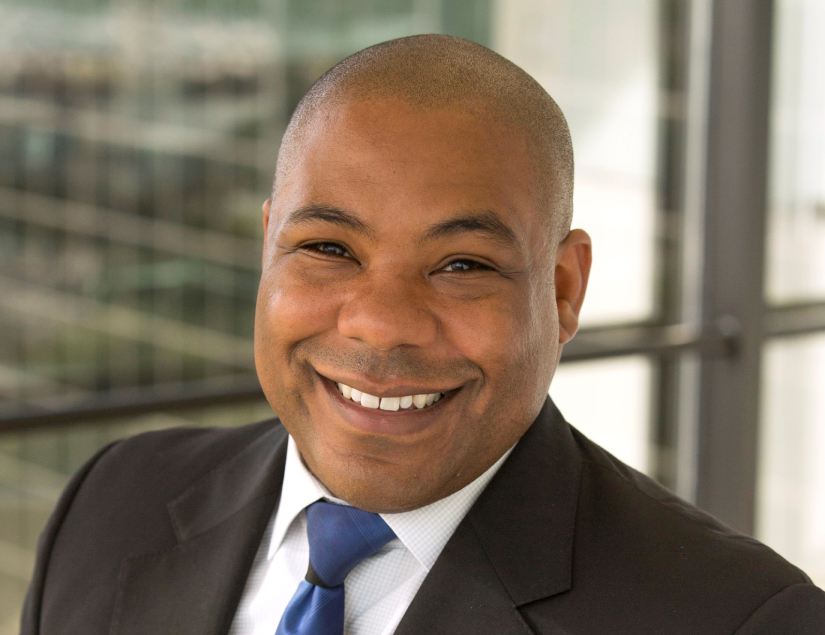 Master of Health Administration alumnus Duane Reynolds has long had his sights on health equity, diversity and inclusion.

After earning a bachelor’s degree in public health from Indiana University, Reynolds came to The Ohio State University for graduate school and promptly helped develop a course on diversity in health care leadership. After graduating, he co-founded the health services management and policy diversity committee. Now, 16 years later, he’s the recipient of the Ohio State Alumni Association Diversity Champion Award, given to an alum who has made significant, sustained contributions to fostering diversity and inclusion in the broader community.

“When I first got into the Ohio State MHA program, the field of health care administration was not doing well — and still presents opportunities — in terms of representation of people of color and women in senior leadership roles,” Reynolds said, adding that he’s optimistic about the future.

He said he soon recognized that representation is just one part of the larger picture of disparities and inequity across health care — which he’s been working to remedy ever since. Reynolds’ passions have led to a career including leadership roles at the American Hospital Association Institute for Diversity and Health Equity, where he was CEO and president; The Advisory Board Company, named “Best Place to Work for LGBTQ Equality” by the Human Rights Campaign under Reynolds’ direction; and Johns Hopkins Medicine.

Today, he is CEO and founder of Just Health Collective, an organization Reynolds describes as the culmination of his experiences and commitment to advancing health equity, diversity and inclusion.

The consulting and advisory services firm helps organizations assess how belonging and equity is tied into vision, strategy, leadership, employee resources and training and other aspects of a successful business. The firm also helps clients develop and implement roadmaps for change, he said.

“With what has happened with COVID-19, civil unrest and racial injustice, we’re starting to see health equity reach a new level of consciousness. As a result, we can earnestly begin to work on improving health care organizations,” Reynolds said. “This entails pulling many levers in policy, legislation and internal structures that may perpetuate institutional racism all the way down to the care process, in which there may be unconscious bias that exacerbates disparities.”

His advice to current and future students and graduates interested in promoting health equity in their careers is to focus on building relationships.

“This is a critically important skill in this area, because you don’t often own the actions that an organization must take to improve in this area, so you more or less work through influence,” he said. “I would also encourage future graduates to be relentless in your pursuit of what you believe to be right and to be resilient in the face of adversity.”

He additionally emphasized the importance of being a good leader.

“That’s something I really owe to the Ohio State MHA program — helping us understand what leadership in health care really looks like,” Reynolds said.

As for the award?

“To be recognized by Ohio State and by my peers and colleagues was one of the most beautiful things I’ve experienced,” Reynolds said. “It makes what I do all the more worth it.”