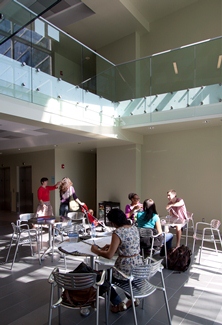 The College of Public Health in located in Cunz Hall, which was completely renovated in fall 2011.

The building, which first opened in 1969 as the Dieter Cunz Hall of Languages, now offers state of the art spaces: 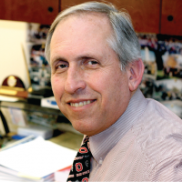 This renovation has resulted in a place that is full of light, encourages interaction in common spaces, and lives our public health mission of environmental sustainability. It is a joy to come to work every day in a place like this.

Originally built in 1969 as the Dieter Cunz Hall of Languages, Cunz underwent renovations and reopened as a state-of-the-art building in fall of 2011. This newly revamped building allowed the College of Public Health to be under one roof for the first time. 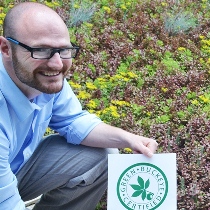 The Ohio State University recognizes that the built environment has a profound impact on our economy, productivity and the natural environment. The College of Public Health has the potential to demonstrate to the occupants and the greater community that building technology, science and operations can improve performance 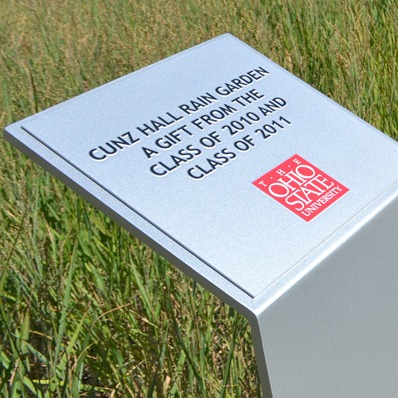 and reduce energy demands. A few highlights of Cunz Hall are:

Cunz Hall is the first renovated building with wet labs on campus to be LEED-certified, and achieved LEED Silver Certification in October 2013.

It is the College of Public Health's desire to lead by example and be identified with a building that physically demonstrates the mission and goals of the teaching and research performed at the College. This will be achieved through an improved physical facility and healthy interior environments.