Malawi study highlights opportunities to optimize use of PrEP

Preventing HIV in sex workers is a powerful tool in lowering the worldwide burden of the disease, and a new study could help ensure that high-risk women take advantage of medical safeguards.

Researchers studying HIV in Malawi knew that the drug PrEP (pre-exposure prophylaxis) could prevent infections among female sex workers and their sex partners, but they wanted to know how best to get them the medication and encourage them to use it. So they asked the women themselves.

The women in the study said that the most important considerations for them were the location where they’d receive the medication and the additional services they could receive during those appointments. In particular, they were interested in cervical cancer screenings.

In terms of location, the majority of sex workers preferred to receive the HIV-prevention medication at family planning clinics or non-governmental drop-in centers – not at mobile health clinics near where they live or work. 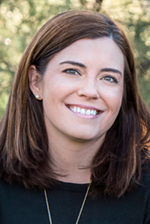 “We really need to think about integrating care for women, providing them these services at locations where they already feel comfortable and can receive other essential health care,” said lead researcher Kathryn Lancaster, an assistant professor in Ohio State’s College of Public Health. The study appears today (Nov. 13, 2019) in the journal AIDS and Behavior.

PrEP, a daily oral regimen of medication, reduces the risk of getting HIV from sex by about 99 percent when taken as recommended, according to the Centers for Disease Control and Prevention.

“In Malawi, HIV infections have been on the decline in recent years with better education, testing and access to prevention. Nationally, about 10 percent of the population is infected, but about 70 percent of women who are sex workers are currently infected,” Lancaster said.

Barriers to treatment for active infections and to prevention for those who aren’t already HIV-positive are significant for those who are poor and working in a stigmatized, yet legal, field in Malawi, she said.

“There’s an inherent imbalance in power in these transactions. And the women often find themselves forced into sex or may be paid more for having unprotected sex,” Lancaster said.

That makes PrEP an especially important tool because it is something women can use to protect themselves without their sexual partners’ cooperation. And more PrEP use among the workers would also mean fewer infected male customers.

In March of this year, the Malawi government OK’d use of PrEP specifically for sex workers, but there are no guidelines on how to make that happen, Lancaster said.

She’s hopeful that the information collected in this new study, which included 44 sex workers in eight focus groups, will guide programs aimed at preventing HIV infection among these women.

“Convenience was the main underlying factor for the sex workers’ preferences and it is important for the government and others interested in prevention to understand how to best serve the needs of the women they hope to protect,” Lancaster said.